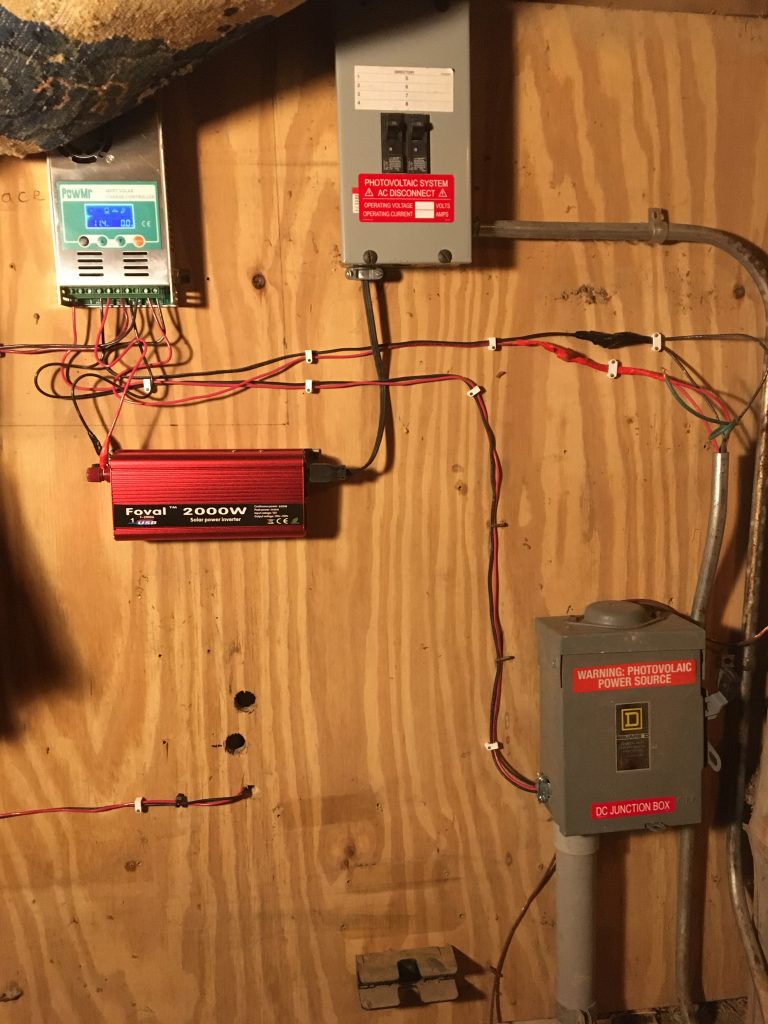 Solar System in the Strawbale Studio was originally donated by Detroit Edison with a Cadmium Telurite Collector Panel. The DTE renewable energy person helped coordinate the process (i will think of his name soon, I hope! He is now retired from DTE and last I heard had a solar business in the region). Jim Bates installed the system and It ran the Strawbale Studio electricity, with both an AC and a DC system for 7 years.

Then something happened and the solar electric stopped working.  I think it was the inverter.  The inverter and the batteries were replaced, but the system didn’t work until Thomas Reinke came in, connected to me by my neighbor Norma Abbott, who had hired Thom to fix her wind generator !

Thom ordered and installed all new components inside the Studio. The batteries were used lead acid batteries donated by Jim Bates. to replace the original old batteries, and the original outside panel, still functioning well, was re-wired by Thomas.

Check out the Solar System Restoration photo album for pictures and some video about the details of the current system !