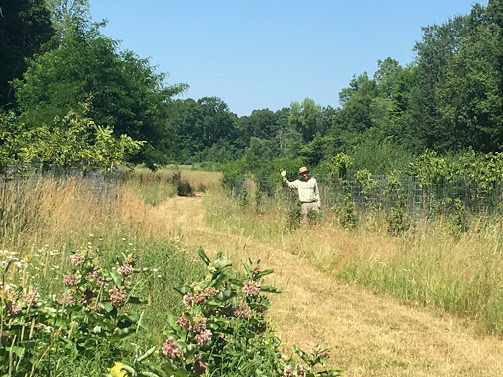 Is a plant any less alive than a human? It’s not so easy a question to answer. Biologists have agreed upon at least 5 different characteristics that they use to define a living organism, and in order for something (or someone!) to be considered alive, they must match all those characteristics. While we will not have time to go through them all in this post, I will list them and the source whence I got them: they consist of at least one cell, they can reproduce, they grow and develop, they obtain and use energy, and they respond to their environments.

Of course, one could argue that there are different degrees of each of these characteristics, and indeed one could argue still that something is more alive if it exhibits certain characteristics to greater degrees. Say, for instance, someone argued that humans are more alive than ants because we have more cells. If we hold true that each characteristic is equally necessary for life, then I could counter that person’s argument by saying that ants are truly more alive because they reproduce more frequently and with a greater number of offspring. While we cannot say that because I was able to counter one such case, I could counter all of them, it is safe to say that it would be difficult to find a case where there is a “greater degree” in all of the five characteristics, and indeed such degrees would tend to be biased, e.g. who is to say that have more cells is “greater” than having one cell, for is not austerity a virtue?

I learned this lesson as I walked the forest paths of Strawbale Studio behind the ever-gracious Deanne Bednar. As she introduced me to different plants, she would kindly tell them that I would pluck one of their leaves, etc., so that I could learn more about their species and the forest collectively. I said nothing to question Deanne’s motives, for it was clear to me that Deanne had extended respect from its conventional meaning of treating other humans as you would like to be treated to treating all others as you would like to be treated. While this may oversimplify the definition, it gets across the point that there is value in all life.

That’s when I had the realization: I am not the only intern of Deanne’s in July. Everyone, all the plants, animals, fungi, and such friends, are equally under her gentle guide.

Let’s consider one living organism that most people love to hate: mosquitoes. Mosquitoes have directly or indirectly led to the deaths of more humans than any animal (biological or otherwise) in the (pre)history of Homo sapiens (and probably longer). “The total percentage of people who have died from malaria… it was probably somewhere between four and five percent,” said Brian Faragher, Emeritus Professor of Medical Statistics at Liverpool School of Tropical Medicine, on the BBC podcast More or Less. The CDC echoes this, saying “spreading disease such as malaria, dengue, West Nile, yellow fever, Zika, chikungunya, and lymphatic filariasis, the mosquito kills more people than any other creature in the world.” Even with all that said, mosquitoes are a necessary part of the food chain that provides food for birds, bats, fish, and many species of insect. Even still, mosquitoes are just as alive as humans. Just as we extend respect to fellow humans, surely it would not hurt to respect all life.

With that said, sacrifices must be made to maintain balance. A mosquito dies to feed a bird. The bird fertilizes the bulb that becomes a garlic plant. The garlic plant feeds us, and so on does the cycle continue. It may be easier to imagine respect in this sense as a form of gratitude for the past, present, or future. It is a gratitude the small part of the cycle that each living thing temporarily inhabits. Not only are all living things equally alive, but they also earn our respect by inhabiting that necessary part of the cycle of life. We, a collective of all living things, earn that respect, so let’s show it.