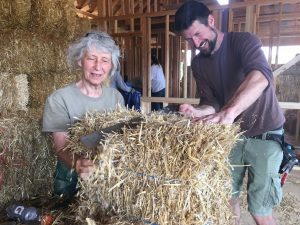 July 21 – 27, 2019 was an adventurous week doing straw bale infill construction on the new home of Selena Lucas outside Ann Arbor, Michigan .  Andrew Morrison was the instructor, and I, Deanne, was a student and helper for the week along with 25 or so others.  Some old friends, some new friends there.  This is me and Jeff Tenza who became an intern at Strawbale Studio.

Some familiar techniques, some new techniques! Andrews style of strawbale construction is based on covering the bales with chicken wire, then lime plaster.  This is a different process than the Strawbale Studio with no wire, and earthen plasters.  So that was interesting to learn.

Great folks, food, fun, work !  I included several articles written by local newspapers and another participant.  They give the story and the pictures from different angles, so you might like peeking at them.  I also included an article with a 1 min video about a strawbale house constructed by U of M students with the leadership of Joe Trumpey. 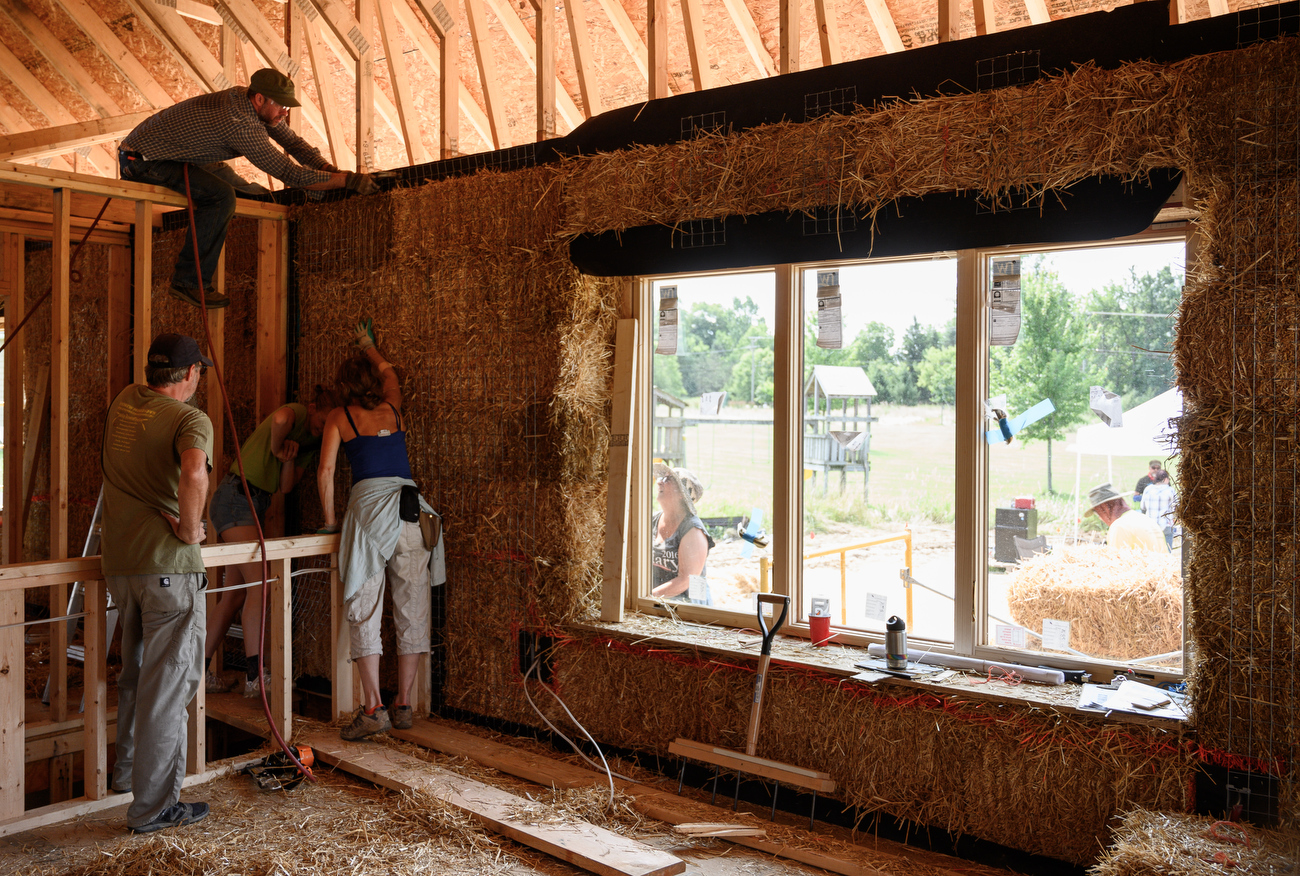 Muddy Hands and Big Plans: One Month at Strawbale Studio